Today’s post is the third in a series recapping Bourbon & Banter’s 5th Anniversary Pilgrimage to Kentucky. We hope you enjoy learning a bit more about our trip and the wonderful people and places we met along the way. As always, thanks for being a part of our bourbon journey and spending time with us to see what we’ve got to say.  Special thanks Dan Gardner and Four Roses for hosting us for a fantastic afternoon of sipping bourbon and banter. Cheers! ~ Pops

A quick history lesson before we dive into our visit. Four Roses was started in 1888. In 1943, when Seagram’s purchased the company, they decided to stop selling in the US market to focus on Europe and Asia. In 2004, after 40 years of begging, Jim Rutledge convinced the new owners (Kirin) to sell their Bourbon to the US market once again. Why am I writing this? I get the sense from the Bourbon community that Four Roses isn’t known as a premium brand or isn’t as well known in general. I’ve been a fan for several years and think people should pay more attention to their products. I would venture to guess that a lot of readers already enjoy the whiskey. It’s a well-known secret that they produce the Bourbon that is bottled by a company that rhymes with bullet.

They consistently make a top-notch product, have very reasonable prices and have the most interesting Private Barrel program in the industry. The ten unique recipes that they offer allow Bourbon fans the rare opportunity to explore flavors like no other Distillery. Utilizing two different mash bills (E with 20% rye and B with 35% Rye) and five different yeast strains give Bourbon lovers the chance to drink the different versions side by side and see how small changes can have a massive impact on flavor.

I was looking forward to our visit both to try some great whiskey and to meet someone I had heard a lot about but had not met. We were greeted by Dan Gardner, who has been in the beverage industry for many years and has been an important part of 4 Roses growth since reentering the US market. He is well known in private barrel picking groups as both extremely knowledgeable and one of the nicest guys in the industry. On both accounts, he did not disappoint.

Upon arrival, we were taken across the parking lot from the Gift Shop to the admin building and brought into their Board Room where the glasses for the tasting were already set out. Our tasting included two versions of White Dog, Yellow Label, Small Batch, Single Barrel, Al Young 50th and the 2017 Small Batch Limited Edition. Dan talked about how their process works and what makes them unique. 4 Roses has made very few changes to their process in over 100 years. Because of their dedication to quality and focus on maintaining consistency with their yeast they produce a very consistent flavor profile.

I found it very interesting to try two different types of distillate right off of the still. At only a few hours old and without touching a barrel the differences were apparent. It was also interesting to try their standard production bottles after the white dog to see the impact of the barrels and aging. I’ve always enjoyed the Small Batch and think it represents a great value. The current Bourbon environment offers overpriced, underaged and undisclosed sourcing at every turn. Here you have 6-8 year Bourbon from a 100-year-old distillery. It’s easy to find for around $30. Grab one.

Our next taste was the 2017 release of Al Young 50th Anniversary. I’ve offered my opinion here. I still think it is a very good Bourbon that falls a little flat. The addition of the 23-year-old OBSV does more harm than good for me.

The 2017 release of the Small Batch Limited Edition was next. I enjoyed this year’s release and had the pleasure of finishing off a bottle with good friends in the North woods of Minnesota at deer camp this fall. It is very well balanced and complex. At this point in the day, we had already selected 2 barrels of Wild Turkey and had a great lunch in Lawrenceburg. I decided to do a little experimenting and took my last ½ ounce of SmBLE and Al Young and combined them. The results? Outstanding. Everyone that had some of each left in their glass followed suit and the smile on their face said enough.

We then hit the gift shop. If you are ever in the area, even if you aren’t able to take a tour, the gift shop is a must stop. They regularly have Master Distiller Brent Elliott pick a favorite barrel and sell the bottles exclusively in the gift shop. Some legendary bottles have come out of these picks, and I highly recommend you grab one if you can.

Thanks to Dan and the folks at Four Roses for the hospitality and the great experience. It was a memorable afternoon on a trip full of incredible experiences. 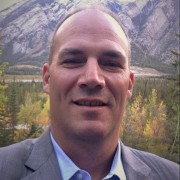