The last time you found yourself at Ye Olde Liquor Store, your eyes might have wandered to the bottom shelf where labels are stuffed with text emphasizing the quality and heritage of the bourbon, proudly boasting, “SOUR MASH WHISKEY.” You might have wondered what that even meant as you settled up for your bottle of Evan Williams, and why very few other bourbon brands boast this quality of their whiskey so proudly.

The early nineteenth century was a cluster of a great variety of bourbon quality, from excellent products to worse-than-rotgut to everything in-between. Distillers, including commercial and farmer-distillers, usually utilized two processes to create mash for producing whiskey: sour mash and sweet mash. These processes are exactly the same in regards to the amount of grain in the mash, the mash bill, fermentation, and yeast, but with one essential difference: the sour mash process includes a portion of spent mash from the previous distillation, just like sourdough bread contains a portion of dough from a previous batch of bread. It was the distiller’s preference for whether they chose to distill sweet mash or sour mash that day, and distillers didn’t specify which mash produced the whiskey they sold.

The early nineteenth century was also ripe with bourbon technology, which helped move the bourbon industry away from the tradition of farmer-distilling to the commercial production we know today. Dedicated distilleries made of stone, which helps to regulate temperature during the year, emerged. The introduction of steam power negated the worry that one’s mash would burn on the bottom of their pot still from an even fire. And to top it off, the continuous or column still was invented in the 1820’s, absolutely changing the course of bourbon production—but that is for another post. Enter James Crow, native of Scotland, student of chemistry, and lover of whiskey. He arrived on the Kentucky distilling scene in 1823 and went to work as a distiller for the Old Pepper Distillery in 1835, where he was one of the first people to utilize the scientific method in the production of bourbon. He was the master of the –ometer, as Reid Mitenbuler puts it, for he utilized the saccharometer for measuring sugar levels, the hydrometer for measuring alcohol content, and the thermometer for measuring temperature in order to track and maintain the quality of whiskey throughout the distilling process. Up until Crow introduced the scientific method to distilling, many factors could ruin a good batch of mash; distilleries frequently had side businesses where they would raise hogs and cattle on their spent mash from troughs right outside of the distillery. This created a cloud of mash-killing bacteria and god knows what else, posing potential threats to the operations of the distillery. Crow, with his knowledge of scientific principles, was the first to realize that raising pigs and cattle next to the distillery was not the greatest idea, so he encouraged Pepper to give up on that side enterprise. He then went about writing detailed notes throughout each process of distilling, attempting to discover what processes created the perfect whiskey. Although there were great discoveries in the technology of distilling during his time, he was frustrated at the quality of whiskey and the treatment of grain by other distillers during the period. He called out other distillers whose only objectives were to make as much whiskey from as little grain in the smallest amount of time. Ultimately, Crow discovered that “distilling back” through the sour mash process, where spent grain is added to new mash, helps to regulate the pH of the mash and create a more consistent product overall.

Crow worked at the Old Pepper Distillery until his sudden death in 1856, but his legacy in perfecting the sour mash process gave way to the bourbon we know and love today. To this day, Crow is known as the father of modern bourbon, since nearly every widely available bourbon is produced via the sour mash process, even the ones that do not boast the fact on their labels. The very few sweet mash bourbons released in the last hundred years have been released as more of a novelty than anything else. One such example is the Woodford Reserve Master’s Collection 1838 Sweet Mash Bourbon, released for the first and only time in 2008, but it is rumored that another release is coming within this year. In a twist of irony, The Woodford Reserve distillery is housed in the historic Old Oscar Pepper Distillery today—yes, the same one where James Crow perfected the sour mash process, and where Woodford Reserve decided to experiment with a process that Crow made obsolete. 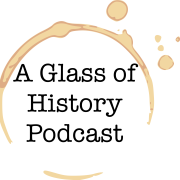