Folks, we’re in the middle of the Great Bastardization of Whiskey. If you don’t believe me, then you’ve been drunk under a rock for the past three years. (And maybe you’re better for it.) We don’t just have whiskey anymore. We have honey, apple, peach, brown sugar, maple syrup, and toffee cookie candy land crème puff whiskey. All right, so maybe that last one’s not a thing yet, but we were making the same joke about cupcake vodka five years ago. It’s only a matter of time.

And I blame Fireball.

Developed in Canada in the mid-1980s, it didn’t really explode in popularity until about three years ago. In 2012, sales of Fireball surpassed Jameson Irish Whiskey and Patron, displacing Jose Cuervo Tequila as one of the ten most popular liquors.

Mouths agape at the rate 20- somethings are pouring the crap down their throat, Jim and Jack couldn’t resist getting in the game. Enter Jim Beam Kentucky Fire.

I’m going to assume most of you have had Fireball at some point and frame this baby up in comparison. If you haven’t, then good for you. Stop reading now. You’re a better human than I will ever be, and you deserve more than I can give you.

Still there? Alright, let’s get to it.

Fire up your next drink with a touch of cinnamon spice. Served straight, as a shot or as a mixer, Jim Beam® Kentucky Fire™ is always guaranteed to heat things up.Jim Beam

HOW I DRANK IT: Neat, old-fashioned glass. I know, I felt as stupid as I looked sitting in a classy wine bar with nice people while sipping cinnamon whiskey. MY NOSE NOTICED:  My drunk aunt on Christmas – sugar cookie, cinnamon cake and Kohl’s brand vanilla sugar perfume. FIRST SIP:  Saccharine, honey, cinnamon. Jim’s has a bourbon base instead of Canadian whiskey, so it's much sweeter than Fireball and has a more subtle cinnamon taste. It’s nice to taste more bourbon and not get pounded in the face with cinnamon, but it’s so desperately sweet. Think a drunken colleague at the office holiday party. That’s nice, but stop. THE BURN:  Lame. Just lame. That's all I can say. You’ve let me down Jim. NEAT, SPLASH OR ROCKS: Freeze the shit out of this or throw it in a cocktail with something harder.   SHARE WITH: Children. Or be a responsible adult and just don’t buy it. Although if I could stop being an ass for a second, I’d say this is a better gateway to actual bourbon than the Fireballs of the world. But still, way too sweet. Have some dignity, Jim.  WORTH THE PRICE:  Meh. Hummingbirds like sugar-water, so if you’re a hummingbird who has ever thought: “I want Fireball, but I don’t want to be socked in the taste buds by Big Red gum”, go for it. It does have higher alcohol content, so I won’t judge. A bottle is going to run you about $15.99. BOTTLE, BAR OR BUST: Unlike Fireball, you’ll at least be able to taste things after. So if you’re at a bar and hope to enjoy anything you consume later, it’s a fine substitute. Otherwise? Bust. Learn more about Lindsey's whiskey preferences and check out more of her reviews...

SET THE NIGHT ON FIRE.

Fire up your next drink with a touch of cinnamon spice. Served straight, as a shot or as a mixer, Jim Beam® Kentucky Fire™ is always guaranteed to heat things up.

Disclaimer:A sample of Jim Beam Kentucky Fire was provided to us by Beam for this review. We appreciate their willingness to allow Bourbon & Banter to review the booze with no strings attached. Thank you. 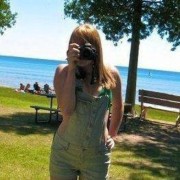