Do good things come in small packages, or small batches?

Old Bakery Gin grew out of an argument. When Ian Puddick bought a mothballed bakery in 2012, he intended to convert the premises into an office for his plumbing business. A 60-foot-tall brick chimney was attached to the building, so, out of a concern for safety, he had it removed. In 2014, this upset one of his neighbours, who claimed the chimney belonged to him! While gathering evidence to support his actions, Ian discovered that the legitimate bakery had been distilling and selling gin illegally! It seems that fermenting the flour and producing gin was more profitable than producing baked goods. By 2016 the dispute was settled and after various meetings with the surviving family members of Miss M’s bakery, Ian had the illicit recipe! As a person who likes a challenge and a true Brit, he decided to give it a go.

This is both a small package, a 50cl bottle and a small batch; the distillation process produces liquid for 30 bottles at a time. The primary botanical element used is juniper from Tuscany and three other secret ingredients. This is a London Dry Gin that is produced in London, in the sleepy suburb of Palmers Green.

NOSE: Clean and fresh: aromas of lemon, lime and obviously juniper are to the fore of the first nosing. The next olfactory foray reveals verbena and a soft hint of marjoram. As a gin and tonic, the grapefruit slice highlights the citric aromatics with bergamot the most apparent.

TASTE: The dry, spicy mouthful of neat, cold gin is a sour, citrus sensation with a white pepper finish. For the grappa lovers amongst you, this is a must: cleansing, refreshing and smooth. I always try my London Dry gins neat, even though they’re made for mixing. In this instance, the burn comes across as a spicy balance to the fresh, light, liquid. The addition of tonic gives the Old Bakery a heavier, richer mouthfeel that adds a robust Seville Orange element, which adds a touch of bitterness. This is a rich, satisfying gin and tonic that will have you wanting more.

SHARE WITH: Everyone! Especially those who do not like gin. Serve it cold and neat. Not as shots, but as a spirit to savour.

WORTH THE PRICE: In the UK, this gin is available from £35 to £45. As a small batch spirit, the quality is clear to see and all the better for it. Drink less and drink better is definitely a good idea!

BOTTLE, BAR OR BUST: Buy it as a bottle and try it in a bar. I would be happy to drink this in a bar, or pub, just to see what additions are made to interpret this as a gin and tonic.

OVERALL: I like this gin. It has four botanical aromatics in a world of spirits that has gone ingredient crazy. It is a confident product. Old Bakery Gin proves less is more and small batch, small packages can be incredibly good! 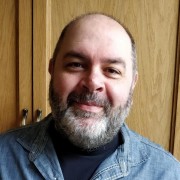 Stelios was born and raised in London, England. He has been in the liquor trade for over 20 years and is willing to taste anything. From the sublime; obviously van Winkle, to the ridiculous, Feni!