Eggnog is, undoubtedly, a polarizing beverage. Raw eggs, booze, and cream stuck in the fridge for a month? Dubious. Luckily, the threat of spoilage is pretty low because of the amount of sugar, booze, and refrigeration that goes into making a batch of nog. Still, I’m pretty much convinced die-hard eggnog enthusiasts like myself only exist because we were sneaking cups of it from the family punchbowl before we knew what it was actually made of. But setting aside the yuck factor, eggnog is not only delicious (it’s basically a custard), and historical (George Washington had his own recipe, which means it’s your patriotic duty to imbibe), but it’s also a wonderful vehicle for holiday bourbon drinking (as if you needed an excuse).

A great starter recipe comes from Alton Brown, who takes a light hand with the bourbon (just three ounces!) that enthusiasts may want to rectify. Still, it’s a solid recipe with clear and easy procedures (and an added chef’s note on how to cook your eggnog for safety-concerned guests.) I’m a little sad to see pumpkin spice season coming to a close, so this Pumpkin-Bourbon Eggnog from Maria del Mar Sacasa’s “Winter Cocktails” gives me a little more time to say goodbye. A cup of pumpkin puree, one and a half cups of bourbon, and a little bit of butter add a luxurious thickness to what’s already a thick drink, but with brown sugar and vanilla, no one will fault you for skipping dessert and getting a second cup.

For eggnog that’s straight-up hedonistic (as if the cream, sugar, and egg yolks weren’t already doing that for you), check out this Maple Bourbon Eggnog recipe from Serious Eats. No, you are not hallucinating, yes, that is garnished with a perfectly-crisp piece of bacon, and yes, I DO think you should run to your kitchen right now to make it. After all, chances are you already have milk, cream, eggs, maple syrup, bacon and (get thee to a liquor store right now if you don’t) bourbon already hanging around your kitchen. “Eggnog” and “easy” might not be your first thought, but this recipe proves that not much should prevent you from getting your holiday drank on.

If you’re getting the drunk munchies just from reading those recipes, check out this Eggnog Pancake with Bourbon Maple Syrup recipe. I have no idea why no one brought to my attention the idea of topping pancakes with a 50/50 mix of maple syrup and bourbon, but I know what I’ll be dousing my breakfasts in from now until I drain Canada’s maples dry.

Two final words of advice: Firstly, most of these recipes call for eggnog made from scratch, but if whipping dozens of eggwhites sounds like too much hassle or too much mess, don’t worry. Avoid the supermarket stuff, and check out a local dairy for pints of fresh eggnog (and if you’re in New Jersey, I can’t recommend Halo Farm highly enough). Secondly, while Bourbon & Banter contributor Erin can’t give out her family recipe, she recommends both bourbon (in her case, Evan Williams black label), and rum for a deeper flavor (and you can find a recipe for eggnog that uses both here). In that same vein, one of the key components to the Van Horn family recipe is a little Grand Marnier in addition to the bourbon for a warm, citrusy note. 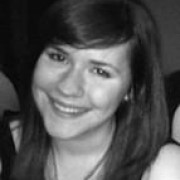