There is a common exchange that I see regularly on Texas-based Facebook Bourbon groups. It usually goes something like this: When the topic of Texas bourbons comes up in conversation, they are often met with a lot of skepticism.  Unfortunately there are some Texas brands out there that have reinforced that skepticism, and Kentucky distillers have gone to great lengths to market Kentucky as the only place to make great bourbon.  However, there is something going on right now at a small distillery in Houston, Texas.  Whitmeyer’s Distilling Company is one of Houston’s best-kept secrets, but I’ve decided it’s time to share them with the world.

The first Whitmeyer’s product that caught my attention was their blue label single barrel cask strength straight bourbon.  They source the distillate and age it themselves in their warehouse.  The big box stores in Texas carry it, so it is pretty easy to find in the state.  It is non-age-stated, so it wasn’t a shock to me that they could make bourbon taste good.  What really blew my mind were their grain-to-glass single barrels, which do come with an age statement – around two years.  And it holds its own against a 12-year Kentucky bourbon! What?!

I asked Travis Whitmeyer what it was about Houston that makes it a great place to make whiskey, and he grinned from ear to ear, like I had asked the million-dollar question.  “The climate,” he responded before going on to describe how Houston’s generally hot climate with daily temperature swings of around 20 degrees Fahrenheit pulls the whiskey in and out of the barrels at a pace year-around that you wouldn’t see in whiskey-producing regions like Kentucky or Scotland.  Much like Amrut and Paul John in India and Kavalan in Taiwan, whose products compete against much older Scotch whiskies, he and other Texas distilleries can take advantage of a hot, humid climate to carve out a piece of the American whiskey pie. I have no doubt the climate plays a huge role.  In addition, however, the Whitmeyers have solved the calculus that many other Texas distilleries have not.  The 30-gallon barrels they use provide a very good surface-to-volume ratio to complement the warmer aging process at their location.  They also use a sweet mash that smells fruity and delicious while fermenting, so there are not as many off flavors that need to age out.

However, running a distillery in Texas is not without its share of challenges.  Texas liquor laws are very protective of alcohol distributors, permitting a producer to sell only two bottles onsite to each customer per month.  The grain-to-glass single barrel is available only at the distillery, and Whitmeyer’s typically sells out of a single barrel in about a month, making it tough for fans to stock up on their favorite single barrels.

The Whitmeyer brothers, Travis and Chris, founded their distillery, the first in Houston since prohibition, in 2012.  They picked up their craft while stationed in Germany with the US Army.  Travis befriended a local woman whose grandfather produced an array of wine and distilled spirits on the family farm and was kind enough to teach them his ways.  After they got back, they went to school and put the final plans together to get everything started.

They have offered some un-aged spirits, like vodka and moonshine.  Occasionally they produce a unique barrel-rested sassafras gin, but their specialty is in their line of whiskeys.  They produce a Texas whiskey, which is a blend, and a Texas peach-flavored whiskey, which is popular to mix with iced tea.  However, their straight bourbons are what get the local enthusiasts excited.  With its dark amber color, medium body, and prominent flavors of toffee, vanilla, and baking spices, no one ever pegs it as a young whiskey when tasting blind. With the recent acquisition of two new stills, Whitmeyer’s have more than quadrupled their weekly distillation capacity from 2.5 to 12 barrels.  Although production continues to increase, Travis said it is still unlikely they would begin distributing in other states.  Demand within Texas continues to grow, and the regulatory environment (possibly before considering potential new tariffs) has made expanding across the United States costlier than exporting internationally.  The Whitmeyer boys have many irons in the fire right now, a lot of exciting projects in the works that cannot be revealed just yet.  Word is already out about some upcoming releases of American Malt Whiskey, but they have a few more surprises in-store and are certainly a distillery to watch closely in the coming years.  I have been impressed with their work so far, but I expect even bigger things from them in the future. 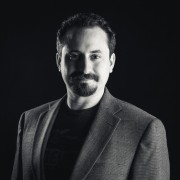