I knew it was only a matter of time before Hydro Flask came out with a line of drink ware to compete with others in the market. There are a few differences between the Hydro Flask and Yeti offerings which I consider the other big player in the stainless vacuum sealed market segment.

Refilled with roughly the same amount and another 53 minutes later the second drink is gone, and there is still a chunk of ice roughly the size of a quarter.

I realize that it shouldn’t take me an hour to finish a drink, but I was trying to see how long it would take for the ice to melt in my cocktail. Basically, in my first run, this tumbler kept a large cube for over 90 minutes in two cocktails. Bear in mind this was indoors, but the drink was at least 4-5 oz of room temp Makers Mark. I am sure results will vary a bit depending on the proof of your beverage and the ambient temperature.

After this initial run, I think that once again, Hydro Flask has hit it out of the park and seems to have another great product in their lineup. 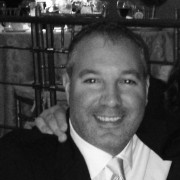 Brent was born and raised in Indianapolis, IN. After graduating from the University of Kansas with a degree in Journalism, he moved back to Indy where he eventually resurrected his family's brand of all beef kosher style hot dogs and opened a restaurant, King David Dogs, in downtown Indianapolis. When he's not juggling the many duties of an entrepreneur, he can usually be found relaxing at home with his wife, their twin boys, and their two dogs. Brent is a member of the Bourbon Society of Indianapolis, a BBQ enthusiast, and a cigar aficionado. Three things that are even better when enjoyed together with good friends. If Brent is not talking about bourbon, he's probably talking about sports, in particular, NFL football and Kansas Jayhawks basketball. You can follow his blog, BBQ and Bourbon here: https://bbqbourbon.tumblr.com/.