A bit over two years ago, when I was brand new to Bourbon & Banter, I wrote an article called Glassware 101: Choose the Best Glass to Enjoy Your Bourbon. The purpose was to demonstrate just how important glassware is in the entire whiskey experience. I compared the differences between a shot glass, a rocks glass, a white wine glass, a Glencairn glass, and a NEAT glass. In that experiment, the Glencairn came out the clear winner. Recently I received Aged & Ore's Duo Glass to review, and rather than simply writing about the glass itself, I've opted to learn how it works in a similar experiment. Rather than comparing the Duo Glass to the other five glasses, I'm putting it up against the previous winner, a standard Glencairn glass (etched, of course, with the Bourbon & Banter logo).

The Duo Glass is a hand-blown glass that looks very similar to a Norlan whiskey glass (read our Norlan review). Both are double-walled, both are amazingly lightweight, both look fragile. The Duo Glass has 1-ounce pour line indicators on the inner wall and lack the Norlan's “fins” on the bottom of the inner glass. The Duo Glass is also ice sphere ready and includes a silicone ice sphere mold. Finally, the design is meant to eliminate condensation, meaning you wouldn't necessarily need a coaster. To recreate the quality of the initial experiment, I'm pouring one whiskey into each glass. This time I chose an Elijah Craig Single Barrel that I know has a fruity nose and creamy, vanilla palate to see how the glasses affect the Bourbon. Another reason I chose it is the proof is low enough where I won't get blitzed and risk spoiling the results.

The experiment considered three important nuances:  nose, delivery to the mouth, and palate. I started each with the Glencairn, and finished with the Duo Glass.

The Glencairn glass was easy to grasp by the base and hold it at all three nosing zones: with the rim at my chin, at my lips and just under my nostrils. Nosing provided the expected fruity notes of the Bourbon, a slight oakiness and the vanilla typical of Elijah Craig.

The Duo Glass was a bit more cumbersome to pick up from the table. However, from the base, it fit my hands comfortably and was easier than a Norlan to hold. The fruit was more prominent than the Glencairn, the oak was non-existent, and the vanilla was more caramelized.

WINNER:  The nose on the Duo Glass was the more interesting of the two.

The reason the mouth delivery is important is that in the last experiment, the NEAT glass provided the most superior nosing experience, however, it was very difficult to drink from which erased any advantage it had over the others.

The Glencairn glass provided a fairly easy delivery. I have a big schnoz, and the fluted rim tapped me right at the edge of my nostrils. It provided a natural stopping point for the glass and didn't require my tipping my head back more than normal.

The Duo Glass required no tipping back of my head. My nose easily cleared the rim and it was merely a matter of moving the glass instead of my head. That sensation isn't completely foreign because I occasionally sip from a Canadian Glencairn.

WINNER:  The Duo Glass was a more natural feel, especially for folks who do not drink from a Glencairn.

In my opinion, this is the most important aspect of glassware. The question is how well can the glass deliver the whiskey to my palate? I've had glassware that provides a good nosing experience but a completely flat palate (again, the NEAT glass).

The Glencairn set the liquid at the tip of my tongue. The mouthfeel was creamy. The fruit, caramel, brown sugar came quickly, the oak and pepper melded together on the finish. Overall, the tasting notes were as expected.

The Duo Glass dumped the liquid over my entire mouth. The caramel came up front, followed by brown sugar, oak, and pepper. It took a second sip before I picked up the fruit. As such, I eventually picked up everything that I expected, however, I will say the mouthfeel was creamier than the Glencairn.

WINNER:  The Glencairn delivered the expected flavors and didn't require a second run before giving them up. There is, of course, one more matter of serious contention to continue before I can give an overall rating, and that's price.

A standard Glencairn can be purchased starting at about $8.00 each. That's a very small barrier of entry.

The Duo Glass has a current Kickstarter price of $36.00 for a pair, which includes two ice molds. That breaks it down to $18.00 a glass. Considering the Norlan glass, which is very similar, is $48.00 a pair, that's not a bad price.

I'm very much a Glencairn guy and have dozens. I give them away to friends who have never experienced them. I keep a box in my car on the off-chance I'm at a bar that doesn't have them. They're super-affordable. They're the industry standard. To repeat, I'm a Glencairn guy.

But, the Duo glass is very impressive. It won on nosing and delivery and was only slightly outperformed on the palate by the Glencairn.

My only real complaint about the Duo Glass is it feels very fragile, whereas the Glencairn has a more solid feel and cost less than half the price.

As much as I am a Glencairn guy, the Duo Glass wins this contest, if only because of the nosing experience.

A final note:  I'm sure some are wondering how the glass performed with the ice sphere. I did use the mold to create an ice sphere just to see how it worked, which was just fine. However, I never add ice to my whiskey, and as such, I didn't experiment with how the ice interacted with the whiskey in the glass.

Disclaimer: Aged & Ore provided Bourbon & Banter with a sample of their product for this review. We appreciate their willingness to allow us to review their products with no strings attached. Thank you. 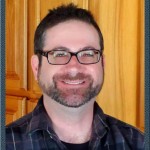 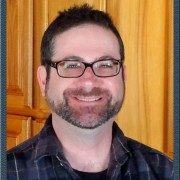