The Suffering Bastard is a cocktail with a history. It was originally named The Suffering Bar Steward according to the legend and was created as a hangover cure. I think it’s more likely to cause one than to cure one, but you may find it has medicinal properties.

There are a number versions of the recipe. Some newer recipes use rum, but the original called for bourbon… and gin. This is a potent cocktail, so partake with caution!

Shake the bourbon, gin, lime juice, bitters and ginger liqueur with ice. Strain into a Don Ho glass filled with crushed ice and top with ginger beer. Garnish with a cherry and a slice of both orange and lime.

Several recipes I found called for equal parts of bourbon, gin and lime juice. That was way too much lime juice for me. I’d suggest you start with the smaller amount in this recipe and then you can experiment with adding more to your taste. I made my own ginger liqueur, but you could use Domaine de Canton or substitute ginger syrup or even simple syrup for some sweetness. Some recipes call for a sprig of mint as a garnish and I’m not against the idea. If you don’t have a Don Ho glass, a tiki mug or a double Old Fashioned glass will do the trick.

Let me know if it cures what ails you! 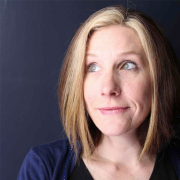