The 26th episode of the Bourbon & Banter podcast – Kissimmee My Ass - is now available for your listening and drinking pleasure. Just be sure to stay inside in the AC for the best enjoyment, as we’re all tired of the ridiculous summer heat. Nowhere is that more prevalent than the state of Florida, which inspired this episode’s title. Pops spent some time in the sunshine state last week and couldn’t get out of the heat and humidity fast enough.

The Bourbon & Banter Members Community is shifting to a new platform and with the change will come some great new content opportunities for members, like Bourbon Bullshit Live and unique tasting opportunities. It’s also home to constant, quality conversation between whiskey lovers, be it old or new. The Community is completely free of crotch shots and other tiresome trends that you find in other bourbon social media groups.

The Bourbon & Banter Single Barrel Club has picked a couple of great barrels already this year, from Four Roses and Spirits of French Lick, and we’re just waiting for those to be bottled. We’ll be headed to Wyoming Whiskey & Breckenridge Distillery later this month, then Traverse City in Michigan in August. September will bring us a Maker’s Mark Private Select and Knob Creek Single Barrel pick, and we’re in discussions to acquire more picks as well. All this year’s single barrels will be more accessible to members too, as we’re we’ll be able to ship nationwide.

The WHISKEY NEWS leads off with one of the biggest stories of the year. Jackie Zykan announced she was departing Old Forester and just before recording this episode, news broke of her next project: Hidden Barn. We’re curious to see what the former Brown Forman master taster has in store for everyone with her new brand. Rest assured, she’s not clowning around with this move.

We can’t be one-hundred percent positive, but we think Mickey Mouse has been hitting the bottle a little too much. What other reason is there to explain Disney’s $5,000 cocktail? Another big news item across our desk in the past week is Bardstown Bourbon’s acquisition of Green River Distilling. Pops and Bob contemplate what that means for Green River, whose recently released bourbon has been one of our favorites.

The news rounds out with the announcement of Destination Distillery’s website launch and the unveiling of the top 10 countries with the highest alcohol consumption.

We highlight a couple of new whiskies, including the second annual bottling of Ragnarök Rye, a collaboration between Catoctin Creek Distilling Company and GWAR. This prompts Bob to ask “what the hell is intergalactic whiskey?” Wyoming Whiskey has announced their Powder River Straight Bourbon, the latest addition to the brand’s limited edition, Wyoming-Exclusive Collection, and FEW Spirits partners with Black Rebel Motorcycle Club for Motor Oil Whiskey, which is finished in rum and vermouth barrels.

Finally, we bring you the investigative reporting that you’ve come to know and expect from Bourbon Banter. Our FUCKS team (Forensic Under Cover Knowledge Seekers) breaks the story on Florida’s St. Augustine Distillery and their unique “Floridian Terrior” distilling technique. The resulting Beach Bourbon is a product that is aged in the sand, with additional liquid seeping its way into the barrel from the water table below. This one you have to hear to believe folks!

THE CRAFT SHOOT features a highly anticipated new whiskey from a well-respected distiller that has recently gone out on their own. Listen to find out what we’re tasting.

We close the episode with the most honest segment in all of bourbon podcasting…BOURBON BULLSHIT. Gimmicks are often best left for professional wrestling, but that doesn’t stop the whiskey world from continuing to roll out bad idea after bad idea. Enter The Whiskey Pump, the newest at-home device that pressure squeezes whiskey through wooden filtration disks and claims to impart 5-years of aged flavor. We have some thoughts.

We continue the crusade against poor journalism, this time going after AI-driven content that is making it easier for people who don’t know about whiskey to remind us just how much they don’t know. We close the bullshit with a recent piece we saw on Luxury Whiskey. Does having the financial resources to buy excessively expensive whiskey mean you have a superior palate or the knowledge to know what makes that whiskey better than a reasonably priced bottle?

As the most honest podcast in bourbon, we don't pull any punches and we tell it like we see it. If you've been searching for a bourbon podcast that provides honest commentary, to-the-point information, and doesn't take itself too seriously – welcome home!

Here’s the breakdown for Episode #26 – Kissimmee My Ass

Are you ready? Pour yourself a drink, get comfortable, and listen to Episode 26 using the player above or via your favorite podcast player.

We sure hope you enjoyed episode #26 of the official Bourbon & Banter podcast and that you'll consider sharing it with your friends. We'd love to hear what you think in the comments below or by sending us an email via our podcast email address. 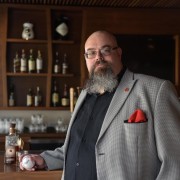